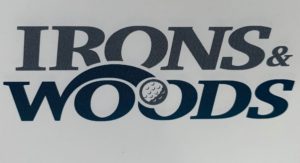 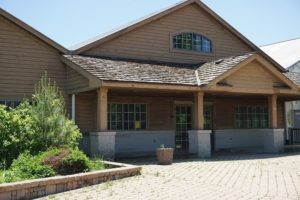 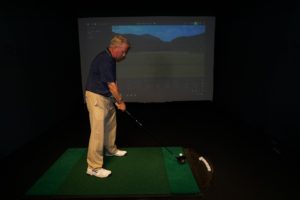 It’s always a great time to play, and so the colors are out in full. At times there are deals to be had, and the courses are not quite as crowded. So enjoy the walk, and get the most out of your remaining outdoor swings.

Because of the bad spring, maybe there will be a great fall. So golf season can go into December. That is wishful thinking of course, but until the snow falls. I’ll keep thinking that way.

In the meantime, get out and play. I know I will every chance I can get.

CONGRATULATIONS to Team USA in their 15.5-10.5 come from behind victory in the 2019 Walker Cup, at the Royal Liverpool-Hoylakes links. And it’s the first USA win on foreign soil in years, the 2021 Walker Cup will be held at Seminole Golf Club in Jupiter Florida.

THAT CRAZY PGA TOUR SCHEDULE is drawing more complaints. The Greatest Player of All-Time Jack Nicklaus, called the compressed schedule hurtful to the majority of the PGA Tour events. With a “major-type” event every month, what’s happening is that most players are playing only once in between the big events. So that’s making most of the regular tour stops, a non-stop for major players.

Rory Mcilroy chimed in his concerns over the new schedule. But is there much the tour can do, if they want to stay ahead of the NFL season with their playoffs. I wasn’t a fan of the new condensed schedule, because I still like the PGA Championship in August. It doesn’t seem right having the last major on U.S. soil being the U.S. Open on Fathers Day. And the last major of the year two weeks after the 4th of July.

Can the tour make players at least one a year play in 2 events between majors. Either that or more major support of events before the Players Championship or the Masters. But what happens to tournaments between the majors, that are being made non-significant.

So what can the tour do. I would give those tournaments more Ryder Cup and FedExCup Points for starters in 2020. Could the players who earn the most $$$ between the Players Championship and the week before the FedExCup Playoffs start earn a bonus, and or split money from a pool. Because something needs to be done.

THOSE BAD KNEES both Tiger Woods and Dustin Johnson have had knee surgery since the Tour Championship in Atlanta. It makes you wonder how many more players are playing hurt, or will have some procedure or another done in the weeks ahead. With Woods, it really makes you wonder how much his broken down body can take.

This is fifth reported knee surgery, along with four on his back. But there are reports this was knee surgery number nine. One would have to wonder how much Woods plays in 2020. Will his tour continue, as a farewell tour.

I’M REALLY excited for my Golfers on Golf Radio partner Ed Stevenson, on the announcement by the DuPage County Forest Preserve District that they are ready to break ground on a new clubhouse and visitors center for the Preserve at Oak Meadows. Next Tuesday the 17th will be the ground breaking. Stevenson serves as the Executive Director for the DuPage County FPD.

I played the Preserve golf course this past week for the first time in 16 months, and it has really matured. Get out and play it if you haven’t yet, or if it’s been a while. You will notice a difference.

Today marks a return after almost one year to Sunset Valley GC in Highland Park, to see how that renovation is working out. And how things are maturing there.

It will be around 90 degrees this week, so pull out the sunscreen and go play. See you on the links. The Gog Blog returns this week. RS