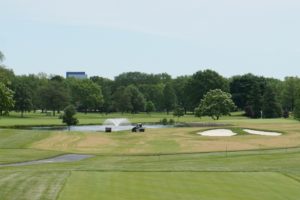 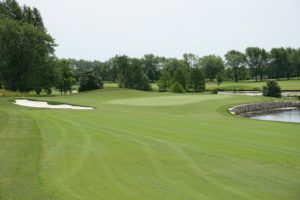 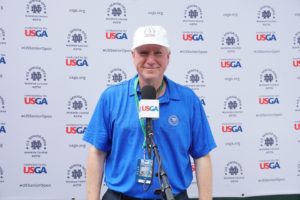 THE WGA has finally made it official. BMW is driving off the golf course and into the sunset.

When the BMW Championship ends at Medinah in August, they are done. How much BMW stays invovled with golf remains to be seen.

So, what I have said for months is now clear. BMW is leaving. Who drives in next remains to be seen. I have written on multiple occasions, over the last several months, that BMW appeared to be going, going, and now gone.

Last summer BIG 3 partner, Tim Cronin (The Illinois Golfer) and I, sat down with WGA Sr. VP of Tournaments Vince Pellegrino at Exmoor Country Club, during the Sr. Players Championship.

Pellegrino was asked about BMW, and what was happening with the contract that expires after Medinah. Pellegrino said that there was “discussions to be had”, and nothing was final. But he made it clear, that BMW was a great partner. And the WGA would love to extend them. However, if BMW did not return, it could leave the door open for the WGA and the PGA Tour to find a new local sponsor. And that would not be a bad thing.

If that happened, it could keep the tournament in the Chicago area every year. It could allow the tournament to go back to the southside of the Chicago, where BMW did not want to go. Pellegrino said he would love to go to Olympia Fields Country Club, and who could blame him because that’s a great idea.

So when the tournament was announced a few months ago to be heading to Olympia Fields in 2020, and was staying in the Chicago area for two straight years. You knew the deal with BMW was as flat as one of their tires. Recently according to Cronin, the 2020 hospitality brochures called next years tournament the, 2020 PGA Tour Fed Ex Cup event. Not the BMW Championship.

Who could be the front runners to be the new sponsor. Will it be somebody big and well known. The new sponsor name for the former Web.com Tour, now the Korn-Ferry tour, has been met with an UGH and a Splat. The Ferry-Tour, has no-appeal what so-ever. But I wish them the best, and thank them because they are supporting professional golf.

The word on the streets is that Discover Card based in Riverwoods has meet with multiple golf groups in the last few years, about sponsorship talks. But hasn’t pulled the trigger. Could McDonald’s be an option ? More likely some financial group will appear. Wintrust was in talks to have their name on White Sox park, before the current name appeared.

I wonder if there is a company that makes caddie bibs that could be a sponsor. That, would be fitting. RS