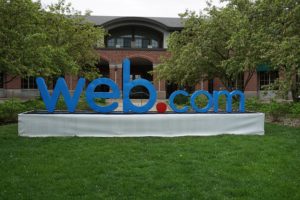 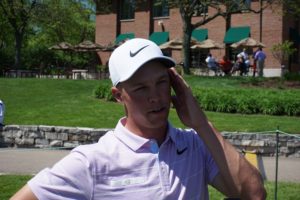 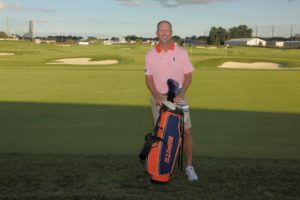 Illinois golf coach Mike Small knew he had a young team to assemble this year.

Small led his players to the Big Ten Championship, and advanced them to the NCAA National Championships after a first place finish at the regionals.

However the nationals are a different story, and Illinois is in 27th place, so they are struggling to make the 54 hole cut. Because only the top 15 schools will advance after 54 holes of play. The NCAA Men’s National Golf Championships are being played at the Blessings Golf Club, in Fayetteville Arkansas.

Illinois was 10 shots better in Round 2, than in Round 1. But they fell back three spots on the leaderboard. Oklahoma State at 2 under par, leads second place Stanford by 12 shots. Illinois will have to make up a minimum of 11 shots, to advance to the final round of stroke play.

The Big Ten is lead by Ohio State, that is in a 3-way tie for seventh place. Ohio State and Illinois are the only Big Ten schools that qualfied for the national championships.