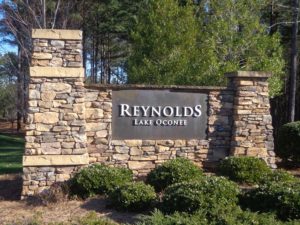 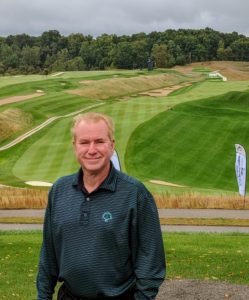 THE GOG BLOG by RORY SPEARS. Director of Content and Creation. Follow Rory on Twitter @GogBlogGuy or Linkedin and Facebook. Happy 10th birthday to the Pete Dye Golf Course at the French Lick Resort.

ANOTHER BIRTHDAY WISH goes out west to Oregon, Bandon Dunes Celebrates the BIG 2-0 this week. Amazing how time flies sometimes.

HOW ABOUT the Illini. Kudo’s to Illinois Men’s Golf Coach Mike Small and his team for the winning the Big Ten title on Sunday at the Philadelphia Cricket Club by 5 shots over Purdue University.

Purdue had a 1 shot lead with 10 holes to go, but the Illini stormed back during the “Back Nine on Sunday” to build up at one point a 7 shot lead. That lead got down to 4 shots with two holes to go, but a couple of key birdies including one on the stingy 18th hole by Junior Michael Feagles helped him get under par for the day. It also gave some cushion to a shrinking lead.

Another key birdie came for Co-Champion on the individual side, Freshman Adrien Dumont de Chassart who hails from Belgium. Dumont de Chassart (The Big Ten Player of the Week) birdied the long par 3, 240 yard 15th hole down the stretch when Illinois needed it, to hold off a late charge by the Boilermakers. For the Illini, it wasn’t just a fifth Big Ten Title in a row, it was 10 titles in 11 tries. Pretty special, now on to Regional’s. Illinois will learn where that is on Wednesday.

THIS WEATHER IS AWFUL. Our golf courses deserve a break at this point. Who ordered the snow on Saturday, as May flowers come calling this week. With the current downpour going on outside, after the snow melt-off, things are going to be soggy all week long. You can plan to play next weekend because the seven-day forecast is looking great.

THE NATIONAL PGA CLUB PROFESSIONAL CHAMPIONSHIP is underway in Bluffton South Carolina. The Illinois PGA Section has 11 players in the field. Currently after Round 1, Curtis Malm of White Eagle CC in Naperville and Adam Schumacher from the Indian Hill Club sit in 52nd place to lead our section players. Keep going guys. The Top 20 finishers get to play in the PGA Championship at Bethpage next month.

SPEAKING OF BETHPAGE..did Taylor Made Golf just make Rory McIlroy the fan favorite at Bethpage. Between now and the start of the tournament, if you buy a new TaylorMade F6 driver, and Rory Mcilroy wins the championship, your $600 new Taylor Made driver is a Freebie. So if your going to buy one do it quickly, because now is the time.

McIlroy, and New York fan favorite Phil Mickelson, along with Jordan Spieth who is attempting to close out the career Grand Slam. Will be the favorites on Long Island.

10 FINALISTS have been named for next months final voting (May 30th), for the 2019 class for the Illinois Golf Hall of Fame. Our BIG 3 Partner Len Ziehm is one of them. Congratulations to Len on making the first cut.

Finally, I’m off to remember another golfer we lost this morning. Chet Coppeck, I’m hoping your finding the fairways green in skies above that are now your dance floor.