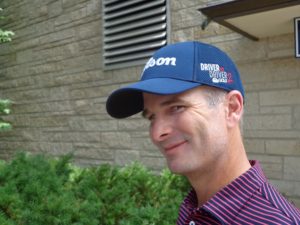 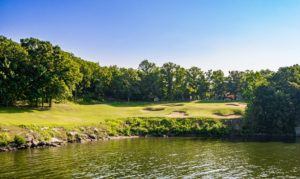 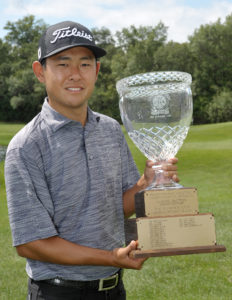 IT WAS THE section championship that seemed like it would never end, and then somehow, close to Mid-day on day four of a three day 54 hole championship it finally did.

It was the championship that saw it’s 12 time winner, walk away and WD after 36 hole, when he learned that the 54 hole championship could not be finished in three days.

Chang and the other members of the final group had eight holes to play when day four started at Stonewall Orchard, when 54 holes were completed, there was still more golf to be played. In fact three more holes worth of golf. When Chang and Brian Carroll of the Royal Fox Country Club headed to the third tee box, hole 55 was about to begin.

The Par 5, 3rd hole, the Par 3, 17th hole, and the Par 5, comprised the holes of the three hole aggregate playoff that went Chang’s way from the start. On the first hole after Carroll found a fairway bunker, he settled for bogey and Chang made birdie to take a two shot lead. Both players the second hole, before Chang made birdie on 18, while Carroll again settled for bogey. Chang winning by four shots with a 4-3-4 to Carroll’s score of 6-3-6.

One can only wonder what might have happened if the 12 time winner of the Illinois PGA Section Championship, University of Illinois golf coach Mike Small did not have to WD after 36 holes. Small was only one shot behind Chang and seemed to be heating up, after two straight rounds of 70. Small was not alone in his WD, as numerous other players had to hang it up after 36 holes, or almost completing 36 holes. Most of those players however were not in contention to win, or possibly even make the 36 hole cut.

“He (Carroll) had a rough first (playoff) hole so I had to play it smart,” said Chang. “I have been in contention the lat couple of years so this one feels good.”

Carroll’s chances came to an end on the third playoff hole when his approach shot from 295 yards turned-over into a pond. “I just hammered it too far left,” said Carroll.

Curtis Malm of the White Eagle Country Club was third at two-under par, while Chris Green, Mistwood’s Chris Ioriatti and Medinah’s Travis Johns all tied for 4th place at 1 under par. Johns fell back after being in second place, but his final found of 74, was not helped by a double-bogey on the Par 3, 5th hole.

In addition to the above mentioned players, Matt Slowinski of Hinsdale CC, Steve Orrick from the Country Club of Decatur, Roy Biancalana from St. Andrews G&CC, Luke Hemelstrand and Tim Streng all qualified for the PNC in South Carolina in 2019, and a chance by finishing in the Top 20 positions there, to play at Bethpage’s Black Course in next May’s PGA Championship.