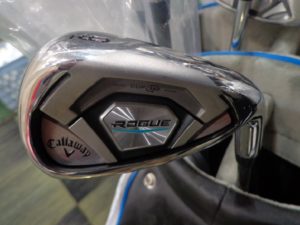 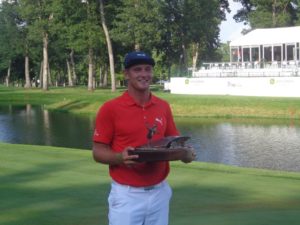 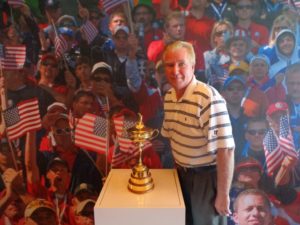 THE WIND made it tough in Round 1 of the Illinois PGA Section Championship at Stonewall Orchard.

But it did not stop Wildcat Academy professional Tim Streng from taking a one shot lead over 7 players, as Streng opened with a 3 under par 69.

“It was a tough day out there with the wind,” said Streng.” But I had my wedges dialed in and several of them to 10-12 feet, and capitalized on a few of them.”

Streng admitted that the section championship is one tournament that he would like to win. To more 69’s might just get it done for him. 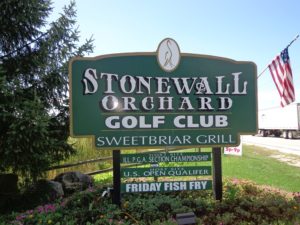 Among those in close pursuit is 12 time champion University of Illinois golf coach Mike Small, who headed up the pack at 70 (-2). Small called the wind a factor in Round 1, but said he will be ready for round two, and that he needs to make a few more putts.

The remaining players at 2 under par, included Dakun Chang, two time runner up Curtis Malm, Brian Carroll, Rich Dukelow, the Medinah teaching pro who is playing hurt with a rib injury suffered just 2 1/2 weeks ago. Roy Biancalana and Kurt Rogers were the others.

Defending Champion Adam Schumacher of the Indian Hill Club, had an interesting round. With his front nine finishing bogey-bogey-double bogey-double-bogey. Then he carded a 32 on the back nine to finish at 3 over par. Schumacher is T-28 and well inside the Top 60 and ties cut line leading into the second round.

Stonewall Orchard is playing to a Par of 72 and the yardage for Round 1 was 6,935 yards. In addition to the section championship this week, players are competing for a trip to the Professional National Championship in South Carolina next spring, where the top 20 finishers will earn a trip to the 2019 PGA Championship that will be played on the Black Course at Bethpage State Park next May.