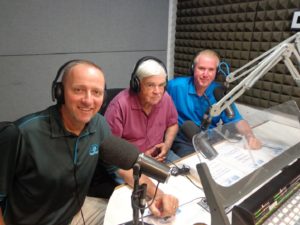 It’s Week #19 (already) for Golfers on Golf Radio, Am 750 WNDZ-Chicago. Our tee time this morning is 10 am, and the hosts Ed Stevenson, Bill Berger and Rory Spears, are looking forward to another week of Golf Talk, with a Chicago flavor to it.

A great golf destination that Chicago golfers enjoy is Erin Hills in Erin Wisconsin, that played host to the 2017 U.S. Open (where the game of golfs hottest player Brooks Koepka got his start in winning majors). We will talk about Erin Hills, and what’s being happening there since the open with Erin Hills PGA Ambassador Rich Tock. We will discuss what’s new in 2018, and what could be future of Erin Hills with Rich. Learn more at At Erinhills.com. 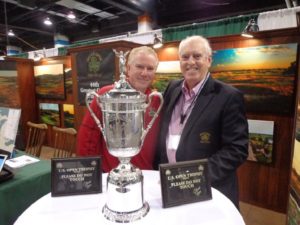 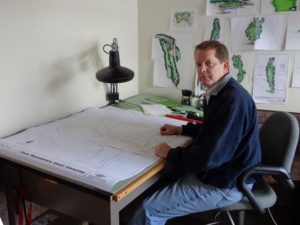 With Rich Tock at the Chicago Golf Show (L), Architect Greg Martin at work in his Batavia studio.

Architect Greg Martin will join us to discuss the Jackson Park-South Shore project that has money and permitting issues, among other problems. Martin was quoted in the Chicago Tribune yesterday, in columnist Eric Zorn’s article, that suggests the Chicago Park District take a mulligan on the golf course project, and forget about Tiger Woods, and his design team working on the project.