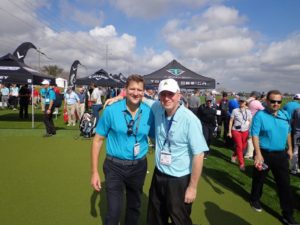 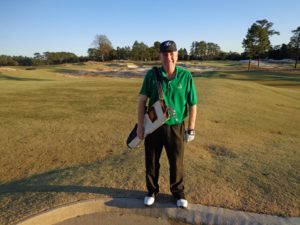 For the middle of February, it was a fun week for golf in Chicago. The mcQ’s Dome in Bolingbrook was packed with golfers hitting balls, and many of them checking out the new Rogue line of Callaway Clubs, and the new Callaway line of Mack Daddy wedges, by designer Roger Cleveland.

The Northern Illinois Golf Expo was held for the second year at the Lake County Fairgrounds, and when I attended on Friday afternoon, the crowd was small and I had to wonder if three golf shows in three weeks is too much.

This week the Chicago Golf Show in Rosemont tee’s off on Friday and runs all weekend at the Donald Stephen’s Convention Center. The equipment companies and destination properties will be out in force. The show again this year is sponsored by the French Lick Resort in French Lick Indiana, home of the Pete Dye and Donald Ross Golf Courses, and the award winning West Baden Hotel, known as “The Dome”. For ticket information visit Chicagogolfshow.com.

Backing up to the Northern Illinois Golf Show, maybe it could get moved away from the other shows in Rosemont and Tinley Park. It would be nice to have about 2-3 weeks between all the shows.

WHAT CAME OUT OF THE SHOW this past weekend was that the Callaway Golf Team is out working every chance they get. The other companies were nowhere to be found in Lake County. I spoke with new Tullymore Resort head golf professional Gary Lewandowski who has moved over from sister property St. Ives. On tap for 2018 is that original Tullymore course designer Jim Engh is expected back for a total review of the course, and to make recommendations for improvement, and to listen to concerns or ideas from the ownership group and professional team.

Tullymore has been a popular destination for Chicago Golfers, and it will be interesting to see if major changes get made to the course. 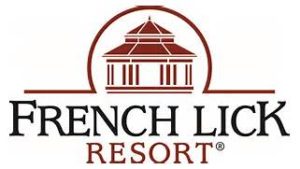 What I saw at mcQ’s Dome on Saturday was amazing. The dome was energized with golfers. You could hear the golf balls rocking through the dome and banging off the back wall from the parking lot, which was as full as I have ever seen it, since owner Jim McWethy expanded the lot a couple of years ago.

At one end of the dome was the Callaway Golf Team headed up by Chicago area rep Paul Schlimm. I didn’t spend much time talking to Paul, because he was so busy writing orders of equipment that was ordered that morning. From what I’m seeing not only here in Chicago, but what i saw at the PGA merchandise show in Orlando, Callaway Golf is on the move, and it’s connecting with the amateur golfers. The numbers show that their market share is growing. The addition of the new Rogue line has become a game changer. What continues to surprise me, is the lack of presence of other golf companies at the local golf shows. I wonder what this week in Rosemont will bring.

Whether it’s been all the snow, or bad weather in general of late, this past week show’s that area’s golfers are ready to get back to golfing.

FROM THE COVERAGE I saw on Saturday and Sunday, a tip of the cap or golf visor to the CBS team of Jim Nantz and Nick Faldo from keeping the broadcast of this past weekend’s tournament on track. The golf media are awfully close to falling into the Tiger-Tiger-Tiger trap that could come back and haunt the game. It was a great finish with several top names in contention on Sunday. Nantz’s and Faldo spared us endless recaps of what Woods did on Thursday and Friday before missing the cut.

Woods after missing the cut in LA, signed up to play at the Honda Classic this week in Florida, our BIG 3 partner Len Ziehm and his website Lenziehmongolf.com is expected to take in Woods pre-tourney press conference.

AT THE SHOW, the first issue of Chicagoland Golf will be out, pick up a copy and check out all the stories by the staff, that include two from Len Ziehm and two more from your’s truly. My content looks at the Pinehurst area on the travel side, and the new U.S. Sr. Women’s Open as one of our local tournaments to look forward to.

On tap this week here at Golfersongolf.com are stories from more of my travels to the PGA Show last month, and other destination properties I saw in Florida. So stay clicked in all week long. RS