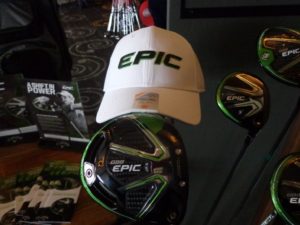 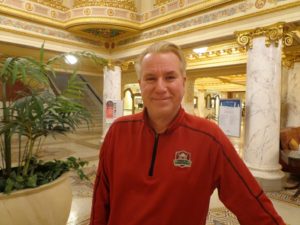 RORY SPEARS , Editor and Director of Content, for the Golfers on Golf online machine Golfersongolf.com Follow Rory on Facebook, Linkedin and Twitter @GogBlogGuy and into the lobby of the 5-Star French Lick Resort. Frenchlick.com

This two-hour primetime feature will air on Tuesday December 5th, 7PM CST with a rebroadcast at 11:30 PM also on the 5th.

The championship match was played between Georgia and New Jersey, with Georgia pulling out a hard fought win in the title match. 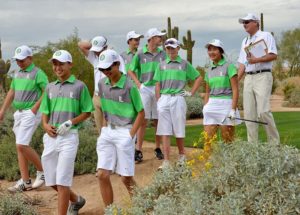 The special shown by the Golf Channel will features with the players, some daily highlights, and footage taken from the championship matches and awards ceremony.

The Golf Channel team of Ryan Burr doing the Play-by-Play along with analyst Tripp Isenhour. On course reporters include Billy Ray Brown and Kay Cockerill.

Golf Channel social media host Alexandra Laughlin was on site to interact with the players competing.

“Grayhawk has been fortunate to host national events on every level, and this one is as cool as they come,” said Joe Shershenovich, Director of Golf for Grayhawk Golf Club. “As the host venue, and Southwest PGA Member, we were happy to welcome everyone involved to Scottsdale. Golf Channel’s coverage boosts the profile of the PGA Jr. League by showing kids nationwide just how fun it is to learn and play the game through this unique program. As someone who’s been involved from the beginning. it’s easy to see why the PGA Jr. League is growing so fast. Those who tune into the Golf Channel on Dec. 5 will get an opportunity to see for themselves.”