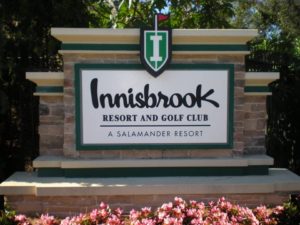 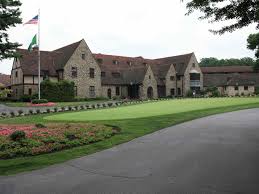 The club has a long championship golf history. Starting with the 1962 PGA Championship won by Gary Player, and then the 1977 U.S. Amateur that had John Fought as its champion. John Jacobs was the winner of the 2003 PGA Sr. Championship. Justin rose was the champion of the 2010 PGA Tour AT&T National with Nick Watney winning the same tournament in 2011.

With the announcement the Aronimink Golf Club will be come the first club to host all three of the PGA’s rotating major championships. 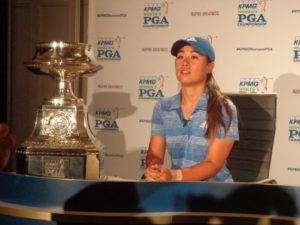 Danielle Kang winner at Olympia Fields this past summer, will defend her title at Kemper Lakes Golf Club in June of 2018. Hazeltine National Golf Club in Chaska Minnesota will host the 2019 KPMG Championship before Aronimink steps to the tee.

“The PGA of America is thrilled to return major championship golf to Aronimink Golf Club,” said PGA of America Paul Levy. “We’re certain that the best players in the world both men and women-will be pleased, and, when the time comes, sufficiently challenged by one of America’s special layouts. We’re excited to twice celebrate golf and to plug into the enthusiasm for sport that Philadelphia is famous for.”

Both KPMG Chairman Lynne Doughtie and LPGA Commissioner Michael Whan issued statements of support for the decision of the KPMG Women’s PGA Championship to be held at Aronimink in 2020.

Long before the KPMG CWomen’s PGA Championship arrives in 2020 and the PGA Championship tee’s off in 2027, Aronimink will host the 2018 BMW Championship the third leg of the PGA Tour’s Fed Ex Cup Playoffs, and major fund raiser for the WGA’s Evans Scholars Foundation in September. Mark Leishman who won the BMW this past September at Conway Farms is the defending champion.

The Aronimink golf course was designed by the famed Donald Ross in 1926. During the club’s centennial in 1996 a plaque was unveiled behind the first with a 1948 quote from Ross.

“I intended to make this (club) my masterpiece, but not until today did I realize that I built it better than I knew.”

Follow Golfers on Golf for more details about the 2018 BMW Championship at Aronimink.