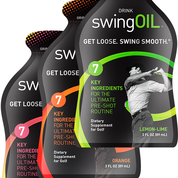 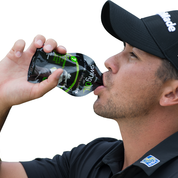 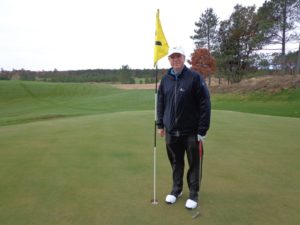 It was nice enjoying a week where I got to play 75 holes of golf. The bad news was that I only played 30 of them in temperatures of more than 48 degrees. All 30 of those holes were played last Monday at the Sand Valley Golf Resort in Nekoosa Wiscosnin.

The rest of the week saw more golf at Sand Valley, Cantigny Golf and the north shore area gem Old Elm. All of the courses had projects going on, and I’ll have more on that below and in the next few days.

I am sorry that my schedule has not allowed me to post more frequently in the last 8 days, but that should change in the days ahead. It does sound like there could be some better and warmer weather by Thursday, maybe golf will be back on by then. However if you like playing in the upper 40’s, today tomorrow and Wednesday are for you. 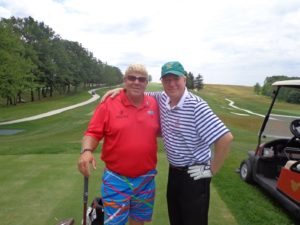 Get well wishes to “Long John” Daly who collapsed on the golf course this past Saturday.

Daly who complained of knee pain the week before, was walking down a big slope off a tee box, when he went down near a cart path. Daly tried but could not put weight on his leg and was helped from the course. He was forced to W/D and take last place money.

Daly sits in 29th place on the money list, with the Champions Tour, Tour Championship just two weeks away. The top 36 players on the money list will play in the tour championship. Daly has been playing in recent weeks on the tour, and he told me during the grand opening event at the Nemacolin Woodlands Resort for the Shepherds Rock golf course, that his Vertical Groove Driver has helped propel his game. I hit Daly’s driver and was impressed with the result of my drive.

GUILTY AS CHARGED was Tiger Woods who was in court this past week on his drunken driving charges, for the night that Woods was found passed out in his damaged truck in Florida, and believed he was in California in route home from a golf tournament which was not the the case.

Woods was found guilty of a lesser charge, and is on probation for one year. Should he complete all the terms of his probation and there are several, everything from this situation can eventually be sealed in his records and erased like it never happened. In most sports players who commit offenses such as what Woods did, they receive additional suspensions from the league they play in. Woods should be suspended from the PGA Tour after it’s decided that he can resume playing. It will interesting to see what the PGA Tour does. 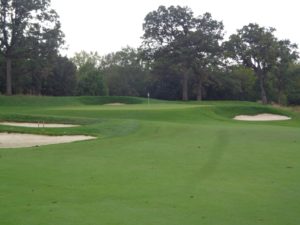 The 16th hole at, the Preserve at Oak Meadows in Addison. DuPagegolf.com

It was great to see the United States Golf Association (USGA) recognize the newly renovated Preserve at Oak Meadows with it’s first USGA event in 2018. A tip of the cap or golf visor to DuPage County Ex. Director Ed Stevenson, the board and architect Greg Martin for creating a golf course, that is being noticed on a national level shortly after reopening from it’s renovation.

On Monday July 9th The Preserve will host a U.S. Amateur qualifier, for the amateur to be played at Pebble Beach.

Many of the top local players trying to qualify for the amateur and trying to be the next Doc Redman or Doug Ghim will be there. I wish them luck on making it to Pebble Beach and Spyglass.

WHY USGA WHY..What’s the rush. With all the great golf destinations and clubs wanting a U.S. Open, what’s the rush to go back to Pebble Beach with a U.S. Open in 2027. That year should have been a Midwest site, Erin Hills again? maybe. Or Oakland Hills, Medinah. The USGA already has premature return dates to Oakmont, Shinnecock Hills and now Pebble Beach, at least the USGA waited ten years before a return to Pinehurst.

It’s time to spread out the U.S. Open’s and let more clubs have the chance to host the prize of American golf, it’s what exposes more people to the game in different area’s of the country.

THE INAUGURAL U.S SR. WOMEN’S OPEN at the historic Chicago Golf Club in Wheaton, will be played next July in the week of July 9-16. The USGA will be announcing it’s need for volunteers and begin the sign up process within a week or two. Stay clicked in here for more details.

BIG 3 PARTNER LEN ZIEHM is on the move in Florida. Len just completed 3 days at Streamsong Resort, where the new Gil Hanse Black Course is open. Then Len spent 4 days reviewing golf in the Daytona area. Check it all out at Lenziehmongolf.com.

I JUST GOT a mailer with coupons from the Wild Buffalo Restaurant and Pub located at the Buffalo Grove Park District Golf Course. The newly remodeled dining room comes complete with Video Gaming. Call (847)-215-9453 (WILD).

EMILY NASH the high school girl from Massachusetts who won a boys state regional tournament has been in the news. A couple of online golf publications have been in the outrage mode when Nash who won, was not given the trophy. She was offered the trophy by the boy who was awarded it, but she turned it down. Classy move by the young boy. Nash will not be allowed to play in the next round the state tournament. Rules state girls can play as part of a team, but not as individuals and her team did not advance. Nash didn’t know she couldn’t win if she won, but rules were there in advance.

While the outrage will continue, it’s time to move forward. Nash with all the hype, is likely to land numerous offers from colleges to play college golf, and in the end a  college golf scholarship is a much better prize than any trophy.