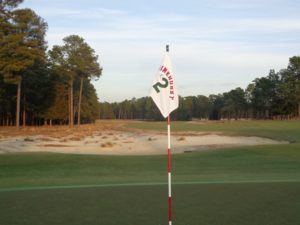 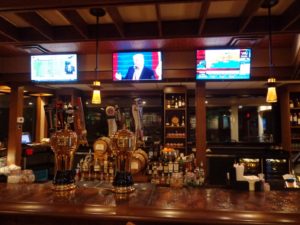 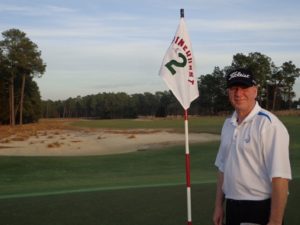 I couldn’t do an interview with Pinehurst Resort President Tom Pashley, without bringing up a subject that had some steam back around the 2014 U.S Open at Pinehurst, but had dropped off the map since.

What about the golf course formerly known as “The Pit” just off the edge of the Pinehurst Resort property.

The Pit built and opened back in 1985 by architect Dan Maples, was one of those courses that golfers had a love or hate relationship with, so say the locals or the stories on line. But when it closed and was sold back in late 2010, after the course fell victim to the financial climate of the times, it wasn’t hard to find golfers wishing the course was still open. 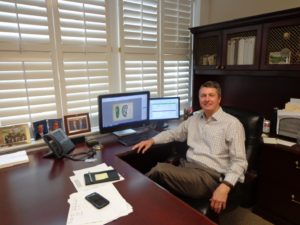 Pinehurst Resort President Tom Pashley in his office that overlooks the 18th green of Pinehurst #2.

Since it closed the course the course has apparently been sold, twice. Once to a local businessman, and then to the Pinehurst Resort.

The Pit property according to Pashley was about 300 acres, that land now sits side-by-side with 700 acres that the resort previously owned.

During the interview with Pashley, he admits that that if any new course was built on the land, the architects could have up to 1,000 acres to work with. 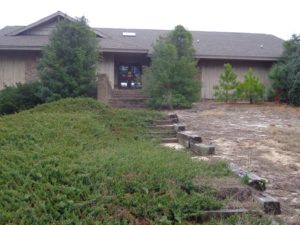 It’s also unlikely that the name “The Pit” would last as part of the Pinehurst Resort. Even though the resort does have this “thing” for preserving history. If a new course opens on the land, it would likely be called Pinehurst #10.

When the resort didn’t have any pictures on file. I decided to go exploring around the abandoned golf course and see what I could find on the property, that claimed it’s original name from mining work that had previously been done on the site. 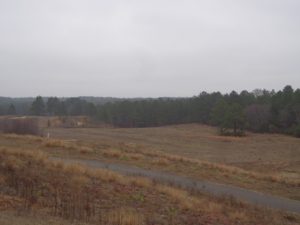 This area from left of the clubhouse was reportedly the short par 4, 10th hole.

I walked out in several directions from the clubhouse to follow the routing a few holes in each direction. It was an easy walk for the most part, since the cart paths are still in pretty good shape. I found evidence of golf being played on the site, and old Titleist was laying in what was the 11th fairway. On a hole that appears to be late on the front nine, the water stand, was still standing.

I was curious to see what Bill Coore and Ben Crenshaw are seeing as they walk the land. Yes, Ben and Bill have submitted a routing that runs through the 1,000 acres the resort has to build on.

Pinehurst Owner and CEO Bob Dedman has been spending his fair share of time out on the property, walking it as well. 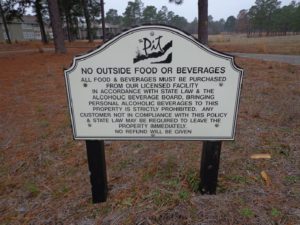 Signs of the Pit still exist just outside the clubhouse.

Based on the current routing that Crenshaw and Coore have turned in to the resort, if that plan stands, not much of the old Pit would come into play as part of a Pinehurst #10 course.

Pashley admits that only 3 or 4 holes from the old routing would be back in play.

If that’s true, then there will be plenty of tall pine trees to clear out. So if this new Pinehurst course happens, when does it come online.

Click here to hear our interview with Tom Pashley regarding the future of the Pit, and could it become Pinehurst #10.

Pinehurst has quite a project going with course #4 and other things attached to that overall project. So it’s probable that at some point after #4 reopens in late 2018, that Pinehurst will catch it’s breath and then take another look at creating Pinehurst #10.

In 2019 the U.S. Amateur will be played at Pinehurst, it wouldn’t come as a surprise if the resort announces the project either right before or during the championship, when the golf media assemble.

I can tell you this, with the land the resort has there from the old Pit property and the additional 700 acres they have previously owned, the potential for Crenshaw and Coore to create another “something special” golf course on that site is there.