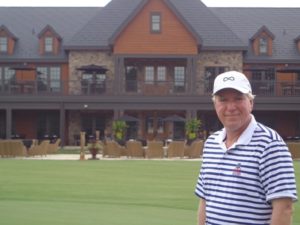 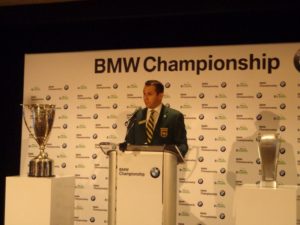 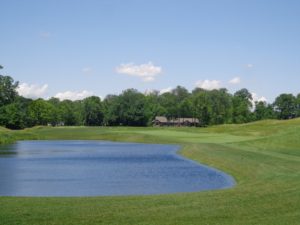 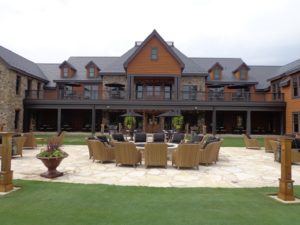 The Beloit Club’s new clubhouse, and rear seating area, from the new and expanded putting green.

BIG 3 partner Len Ziehm and I recently traveled to Beloit Wisconsin to play the renovated Beloit Country Club, and to see the new clubhouse. But what we found in this Wisconsin town was more than we expected. RS

It had been a while since I had heard from golf professional Kent Instefjord. When last I knew, he was enjoying the great southwest and putting golfers out to play one of three Jack Nicklaus golf courses he was running, on a property  located in Tucson Arizona. 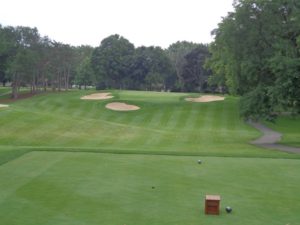 But never doubt the power of family, when Instefjord and his wife started getting calls about their new grandchildren back in Wisconsin, they couldn’t resist the urge to move back to the Midwest.

If his name sounds familiar to golfers it should. Instefjord was a pro at Blackwolf Run in Kohler, and then moved over in the late 1990’s to be the first head professional at Whistling Straits. A few years later when Bob Lang called and told Instefjord he needed a Director of Golf to launch a new course called Erin Hills, Instefjord was on the move again. When the current management at Erin Hills bought out Bob Lang, Instefjord was on his way St. Louis and then Tucson. 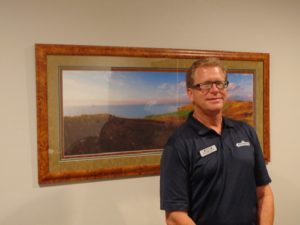 Kent Instefjord is back in Wisconsin, after stints in Kohler and Erin Hills, he is now the GM at the Beloit Club.

But part of Instefjord working in the golf world of Wisconsin again, comes from a connection he had at Erin Hills. When you look at the Erin Hills clubhouse and the new clubhouse in Beloit, there are plenty of differences but there seems to be a couple similarities in style.

It seems some of the same folks connected to the clubhouse building at Erin Hills, got involved in the Beloit Club project as well. At that point when word got out Instefjord was back in Wsiconsin, his phone rang. Now Instefjord finds himself not as the head professional or director of golf, but the general manager of the Beloit Club. 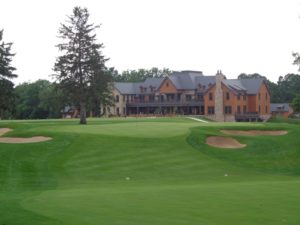 The 18th hole at the Beloit Club has the new clubhouse as a great backdrop.

The golf course is a good one that dates back to 1906, BIG 3 partner Len Ziehm has more lenziehmongolf.com with details on the original architects.

Madison based Oliphant Golf is now involved with the club, and runs the maintenance side as they will at the new Mike Keiser Wisconsin resort Sand Valley.

The new owner of the club is Diane Hendricks owner of ABC Supply and some 65 other companies. Hendricks reportedly bought the club for $700,000 but has spent much more than that in improving the property. Early results show it has paid off. Prior to Hendricks coming on board the club had reached a low of 115 members, in a little over 2 years it now has some 380 members with more interested in joining. As a result Instefjord is working on ways to expand the quickly growing club. The next time someone tells you nobody is joining country clubs anymore, don’t believe them.

The Beloit Club now has a new pool and new pool building, new cart barn, new maintenance facility and more. As renovation and restoration continues to be the key in making properties profitable, and a in-place to be. Both Ziehm and I agreed the course has one of the best set of 4-par 3’s that we have seen anywhere and on any course.

The Ironworks area of Beloit is rebuilding and developing quickly.

While Len and I enjoyed our day on the golf course, that has new bunkers, new sand in the bunkers, over 500 trees removed from a property that had become overgrown, new tee boxes and more, it was part 2 of our day that was even more surprising.

THE REBUILDING OF BELOIT, Hendricks isn’t just sitting on her reported net worth of some 4+ billion, she is using it to rebuild an entire community, and create plenty of new jobs.

Beloit is not some sleepy Wisconsin town anymore, it’s becoming a boom-town. The Ironworks area of downtown Beloit, is the rebuilding of old factories into office space that is now home to new computer software companies and more. While plenty of work has been done, there is more getting done and the plans of whats on the table in the next few years is even more exciting.

Instefjord took Len and I downtown and showed us a new area that in only two months will be a state of the art indoor golf facility open to the public. Complete with simulators, large putting greens, hitting bays for lessons, club fitting and more. While I’m not ready to call Beloit Wisconsin a major golf destination, the golfer has not been forgotten when it comes to improving the quality of life in Beloit. Which is just the way that Instefjord and his golf team at the Beloit Club likes to have it. The pro staff at the Beloit club will be running the new downtown indoor facility.

What’s amazing is how fast an area that currently looks like an old storage or loading dock area of a warehouse or factory, will be transformed into a state-of-the-art golf operation. But since Hendricks owns her own construction company, things can happen quickly when she says go.

The Beloit Club is a private club, but nothing in Beloit these days especially with Hendricks at the wheel seems to be set in stone for long. It wouldn’t surprise anyone if another golf course comes along, if the town continues to grow like it’s currently doing.

So the next time you find yourself north of Rockford and over the border into Wisconsin, take time to stop and visit Beloit. There is more and more happening there all the time, and some of it even includes golf.