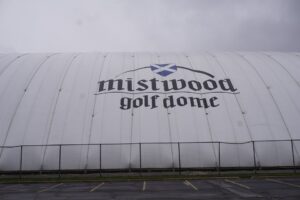 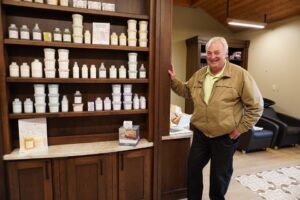 THE MISTWOOD GOLF DOME ON RT. 53 IN BOLINGBROOK is open for the winter golf season. Lessons, club fittings, play or practice on Toptracer. mcWethy’s Sports bar in the dome is your home for all the sports. So visit MistwoodgolfDome.com or call the dome at (630)-739-7600. EAGLE RIDGE owner Mark Klausner shows off the NEW StoneDrift Spa now open. See the new spa and 63 holes of golf at EagleRidge.com.

THE LIV GOLF schedule for 2023 is starting to come together. But the remainder of the schedule will be out in the coming weeks.

But the first announcement came last week, with the new Australian site that from April 21-23, the Grange Golf Club in Adelaide will host the Liv Tour. The Grange Club hosted the 1976 West Lakes Classic where LIV Golf CEO Greg Norman, recorded his first professional victory. 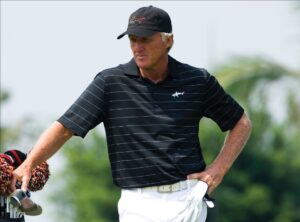 “LIV Golf is truly a global league dedicated to expanding the sport throughout the world, and these destinations for the league’s 2023 launch showcase our commitment to tournament play at the highest level,” said LIV Golf CEO and Commissioner Greg Norman. “These venues have played host to signature moments in golf, and we’re excited to build new traditions for the sport while delivering a first-class fan experience at some of the world’s best courses.”

But you can purchase grounds passes for these events that are already on sale at LIVGolf.com. so don’t wait. 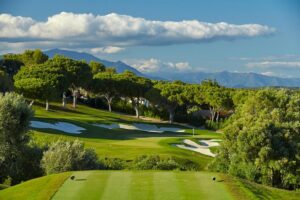 THE SERAPONG at Sentosa Golf Club in Singapore.

THE REAL CLUB in Valderrama Spain is has been ranked as one of Europe’s top golf courses since the late 1980’s. But the Real Club’s crowning achievement was playing host to the 32nd Ryder Cup won by Europe in 1997, and hosted World Golf Championships in 1999 and 2000. Ireland’s Graeme McDowell and Garcia have won at Valderrama.

But the full 2023 LIV Golf schedule will be released in a few weeks, with the 2023 teams announced early next year. The expected prize fund for 2023 in LIV Golf will be $405 million dollars.