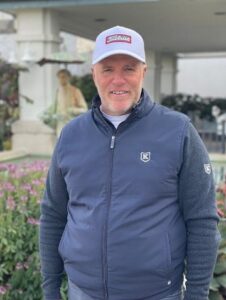 DAVID PAEGLOW of Kishwaukee Country Club was the winner by four shots at Glen Oak Country Club, in Glen Ellyn.

Paeglow’s winner was wire-to-wire in the 36 holes event, played in cold and windy conditions.

“It was quite a chore out there the past couple of days,” said Paeglow. “The weather was really windy and cold during the first round. But today wasn’t quite as bad. The greens were very fast and tricky. So I was lucky to get hot with the putter and was able to make a few putts. Because that is what it took to keep the round going. I was fortunate to win in these conditions and I’m very happy with the outcome.”

David Hannon (Links and Tees) was able to finish at +8 for 36 holes, which gave him a solo-second place finish. Beverly Country Club’s head professional was third two shots back of Hannon.

The Illinois PGA wraps up it’s playing schedule for 2022, with the Pro-Superintendent event at Kemper Lakes Golf Club. but for more information visit IPGA.com.