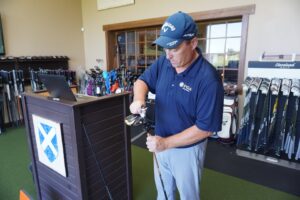 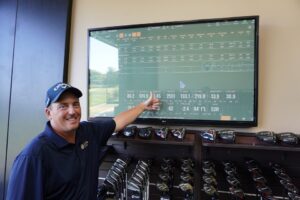 MISTWOOD GOLF CLUB’S MATT CARTER can put you through a club fitting, get the right clubs in your golf bag. Finish the season strong-Mistwoodgc.com (815)-254-3333 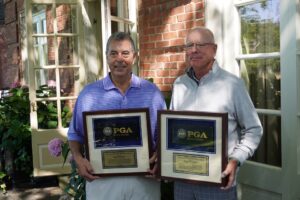 THE 2022 Illinois PGA Senior Masters winners have been announced.

Retired Illinois PGA professionals Bob Malpede and Kevin Fitzgerald were honored by the section for their many years of dedication to golf in Illinois.

Both Malpede and Fitzgerald were honored as part of the Senior Masters IPGA Senior outing in the morning, and the pro-am in the afternoon.

Malpede worked at clubs like Stonebridge in Aurora, before founding the Stonewall Orchard Golf Club in Northern Lake County. But he then went on to work as Director of Golf at White Deer Run in Vernon Hills, before retiring last December.

Malpede started in golf working for his parents golf club-Pistakee Golf Club in McHenry. But while he growing up, Pistakee was known for the Friday Night fish-fry’s that became popular at places like Stonewall Orchard, and White Deer Run.

Fitzgerald worked at several clubs public and private, before embarking on a 17 year run at Harborside International. Fitzgerald spent three years working at two courses for Billy Casper Golf. But then he spent one year at Kankakee Country Club and then headed into retirement this past January.

The Senior Masters Championship that was postponed from July. Because of heavy rains that hit the Onwentsia Club the weekend before. Roy Biancalana and David Paeglow tied for first place with two under par scores of 69.