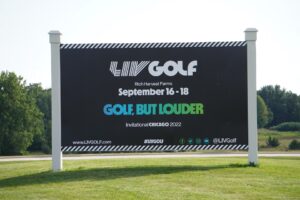 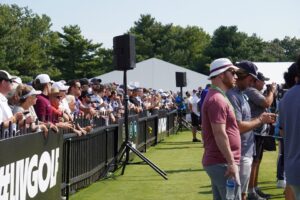 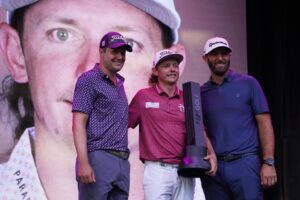 CAM SMITH earned his first win since the British Open in July, when he held off charges from Peter Uihlein and Dustin Johnson.

For Smith, it was his first win as a member of LIV Golf. Smith shot a third round 69 to go along with rounds of 66 and 68 to finish at 13 under par.

Both Uihlein and Johnson finished at 10 under par, but Uihlein was awarded second place. Because of a better final round score. The 4-Aces team headed up by Johnson, won it’s fourth straight team event. The 4-Aces team are comprised of Johnson, Pat Perez, Patrick Reed and Talor Gooch.

With today’s $4 million first prize and team winnings for finishing third, Smith has won $15,182,897 and 66 cents during the 2022 calendar year. This figure does not include any signing bonus money Smith received for joining LIV Golf. The reported figure was that Smith received was $125 million dollars, for becoming part of LIV.

But with a final round of 67, Sergio Garcia snuck up for a fourth place finish. Because of an amazing recovery shot on the 18th hole from next to the broadcast studio, Phil Mickelson who had the putter working during the final round carded a 66, which was the low round of the day for the entire field. Mickelson ended up in a tie for 8th place, after opening the day in 26th place. The strong finish earned Mickelson almost an additional $500,000. Not bad for a days work on the golf course.

A scary moment happened on the second hole, when Bryson DeChambeau started to duck under the galley rope. DeChambeau had pulled his tee shot left of the fairway, and into the gallery. But after hitting his shot, he attempted to return to the fairway. But as he started to duck under the gallery rope, volunteers lifted the rope and it scraped across his face.

DeChambeau immediately hit the ground, and appeared to be holding his face and covering his left-eye. But shortly after laying on the ground, DeChambeau got up and slowly returned to action on the hole.

The next LIV GOLF event is in Thailand from October 7-9. But then after a week in the Middle East, the tour returns two weeks later and tee’s off for the Tour Championship at Doral Golf.

Sunday’s galleries appeared to be slightly larger than Saturday’s attendance which came in at just over, 18,000.

The Gog Blog returns on Monday and then all week long.