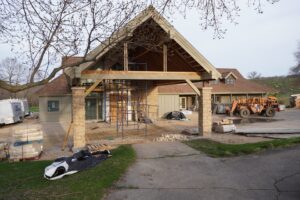 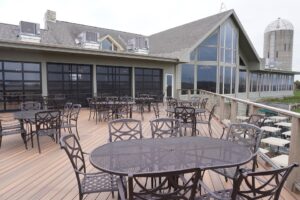 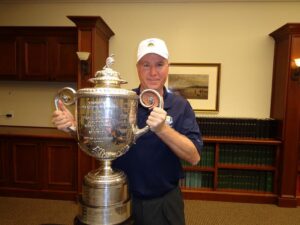 The Wanamaker Trophy is the largest trophy of the four majors. Plus it’s heavy.

THE PGA CHAMPIONSHIP is in the books.

THIS WEEK the championship did not seem to have a major championship buzz. But I’m really trying to figure out why. This week it felt like a 4th major.

So was it the leaderboard, which last lacking by the weekend. Was it the weather, almost 90 one day, in the 50’s the next. Spectators wearing shorts, and then dressing like it’s Pebble Beach in February.

SOUTHERN HILLS, is not one of my favorite tracks. I have played it twice prior to the Gil Hanse recent renovation. After careful review by watching the action on TV, some holes look a little better, others still the same. Watching 2020 PGA Champion Collin Morikawa hit from down in the annoying ditch that runs through the course, brought back memories.

FORTUNATELY I never had to do that. But came too close on a few occasions, after hitting really good tee shots. SH is not a Top 100 golf course, I don’t care how many majors it holds. Memo to PGA President Jim Richerson don’t vote the PGA Championship back to Southern Hills. Then please ask the next president to lower drink prices at Oak Hill in 2023.

CONGRATULATIONS to Justin Thomas on winning his second PGA Championship.

IT’S MEDIA DAY for the John Deere Classic, with the press conference at a Rock Island Casino and Not TPC Deere Run. This past week “The Classic” announced sponsor exemptions for Oklahoma University’s Chris Gotterup, has been ranked the #1 at one point this year. Another exemption went to Duke Universities Quinn Riley. But a previous announcement was Highwood’s Patrick Flavin a previous Illinois Open and Illinois Amateur winner in the same year.

Flavin along with 2021 John Deere Classic winner Lucas Glover will speak, along with retiring Championship Director Clair Peterson. Multiple tour players have told me that Peterson is the best tournament director on the PGA Tour. Peterson will be missed.

MISSING AT THE NCAA CHAMPIONSHIP’s will be Illinois for the first time in 15 years. Illini Coach Mike Small said his team picked the wrong week to play bad golf. Because the shorter Yale Golf Course seemed to give Illinois fits and they never fired on all cylinders. But as the old saying goes-wait until next year.

TOURNAMENT TIME RETURNS in town with the NV5 Championship at the Glen Club in Glenview. FREE Admission, visit the tournament website to get your free tickets.

ZIEHM and SPEARS podcast series returns this week. Len and I will discuss all of the above, and why Nicklaus companies is suing Jack Nicklaus. So what is the world coming too.

TIGER WOOD’S had to WD out of the final round of the PGA, after shooting a 9 over par 79 in the third round. Too much pain in his injured leg. There were numerous comments from those who suggested Woods looked like a prize-fighter past his prime. Because maybe he is, time will tell.

The Gog Blog returns all week. So stay clicked in. RS