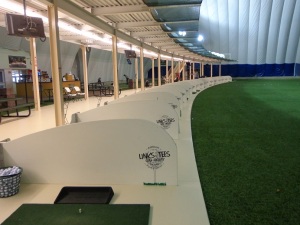 The Links and Tee’s Golf Facility on Lake Avenue in Addison is open every day. It’s also a winner again this year by the GRAA for a Top 50 Golf Facility. The customer appreciation day is coming up on Jan. 31 just two weeks away. Golf Scene Host Steve Kashul will be the MC, prizes, raffles, contests, new equipment and more. Call (630)-233-7275 Ext. 4 or visit Addisonparks.org. 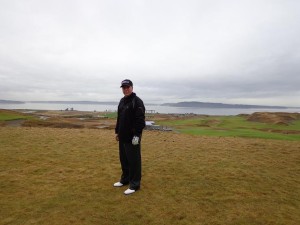 BY: Rory Spears, Editor & Director of Content for Golfersongolf.com. Standing on the 8th hole at 2015 U.S. Open Site Chambers Bay.

From the world of professional golf as the debate goes on about, new guard and old guard. There are some things that would be good for game.

First off the majors. It all starts at Augusta National in April. There are not many players that have won the career Grand Slam, less than 10 in fact. This year there is a chance to add two great players to the list.

First up would be Rory McIlroy who has won two straight majors, at Augusta he will be bidding for his third major in a row and his 5th major overall. Most importantly McIlroy is bidding for the career Grand Slam, it would be nice to see him get it. Yes that would be good for golf.

Two, the U.S. Open and it’s a new venue called Chambers Bay just south of Seattle in Washington. Peter Uihlein won the 2010 U.S. Amateur there and should be in the field, that being said the crowd will be pulling for “Lefty” Phil Mickelson to complete his career Grand Slam. Yes that would be good for golf.

Third up on the major list is the British Open at St. Andrews. It would be nice to see either Rickie Fowler or Jordan Spieth break through and get their first major. Yes that would be good for golf.

Finally the last chance comes at nearby Whistling Straits in Kohler/Haven Wisconsin, where it would fantastic to see 48 year old Steve Stricker win his first major in his home state. Stricker just underwent surgery for a bulging disc but should be 100% by August. This too would be great for golf.

At our local PGA Tour stops, I’d like to see Luke Donald win at Conway Farms come BMW time. Donald a Conway Farms member would be a great champion for BMW and Western Golf Association to have. The John Deere Classic really fires up when Stricker or Iowa native Zach Johnson are around the leader board. Either one of those players winning the JDC again, I’d like to see. Yes that is good for golf.

The U.S. Amateur comes to town this August at Olympia Fields. I would like to see one of our local players walk away with the trophy, or someone coming out of Mike Small’s Illini team, or one of Wildcats that is part of the Pat Goss golf machine. Speaking of Mike Small, I’m hoping the Illini hold that No.1 ranking and win the NCAA Championship and prove that a northern school can win it all.

I’m looking forward to the two tournaments at Rich Harvest Farms. The Palmer Cup in June, and the Western Amateur in August. Our state championships and Chicago Open should provide some exciting golf.

The Encompass Championship returns to north Shore Country Club in July, hopefully like the last two years it comes down to the last putt on the last hole.

From a personal side. First up is getting a new driver in the bag, badly needed I might add. A few more yards off the tee would be great.

Locally I can’t wait to play both, the Mt. Prospect and Glenview Park District golf courses when they reopen this summer from renovation. I can’t wait to enjoy my first meal in the new clubhouse at Mistwood site of the Phil Kosin Illinois Women’s Open.

Yes there is quite a few things I would like to see in 2015, first on the tee is the PGA Merchandise this week in Orlando. There should be a lot to see there and I’m looking forward to it. I’d like to see the long awaited for renovation project at Oak Meadows start rolling this fall.