The Links & Tee’s Golf Facility is Open Year Round, indoor dome for the winter and outdoor executive course and range-mini golf for the summer. Country night is Friday night at the dome, cowboys hats earn you a discount. See Addisonparks.org or call (630)-233-7275 Ext. 4. 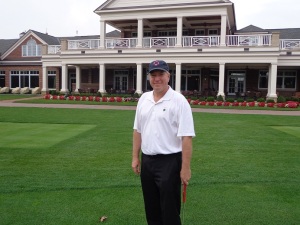 The Scioto Country Club was around long before Jack Nicklaus or his dad arrived, the club already had a great reputation but young Jack cut his teeth in golf at the club and the rest is history.

Scioto opened in 1916, as part of the Upper Arlington and Columbus Ohio area. From it’s opening until today, it’s one of the center pieces of the community. It’s known as the members home away from home. 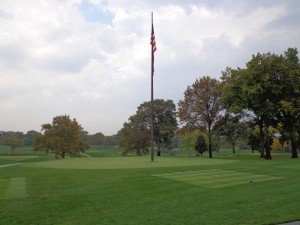 The putting green next to the first tee.

The club was the first 18 hole course in Central Ohio, it was designed the famed designer Donald Ross. It gained fame so quickly, that it hosted the 1926 U.S. Open only 10 years after it opened.

While the club has a great tournament history, it’s most known history might be that it’s the club where the greatest golfer of all time Jack Nicklaus learned the game. Scioto has four professionals the are in the PGA or America Hall of Fame, they include George Sargent, Walker Inman Jr., Nicklaus, and the man who taught Nicklaus the game Jack Grout. 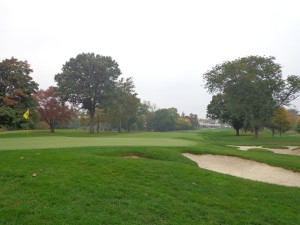 From behind the first green.

In the early 1960’s the club brought in Dick Wilson for a renovation, in 2008 both Nicklaus and Dr. Michael Hurdzan of the Hurdzan/Frey design firm located in Columbus. (Frey has since left the firm).

Both renovations have preserved the original Ross routing and design. Their have been only limited changes made to the golf course in preparation for the 2016 Sr. Open. They include the addition of a couple of tee boxes, and the removal of a couple of trees to help create spaces for hospitality area’s and camera locations. Large galleries are expected for the championship. 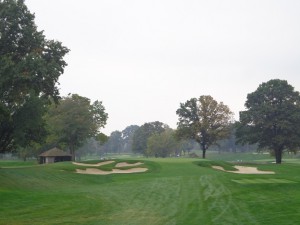 The course requires strategic shot making, but has a reputation for being enjoyable for golfers of all skill levels.

Scioto features include a full size practice range, with a large natural grass teeing area. There is multiple short game area’s and a large putting green. There is an indoor practice area so members can work on their game all year round.

The clubhouse is close to 70,000 square feet, it has recently undergone a renovation. Dining facilities include the Donald Ross room and the 1916 Grille. The clubs fitness area a 10,00 square foot area was built in 1998, the programs have a reputation for keeping the membership both healthy and active. 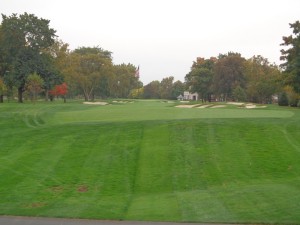 The par 4 18th hole will challenge the best golfers.

The clubs history books show that Nicklaus made his first hole-in-one at the club. While the hole has changed in small ways since Nicklaus recorded his first ace, the par 3, 17th hole is where the Golden Bear recorded it.

This year the USGA will honor Nicklaus with his own building on the grounds of the USGA, on the weekend of his 75th birthday. But Scioto will always be known as the club that built Nicklaus.

For more information on Scioto or the 2016 U.S.Sr. Open please visit Sciotocc.com. You can follow the link to the senior open website, or visit USGA.org.