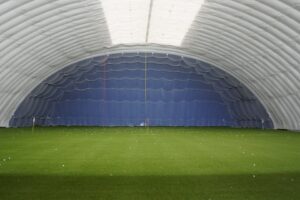 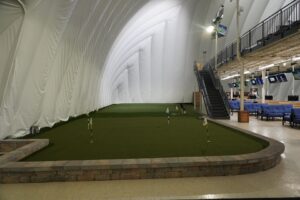 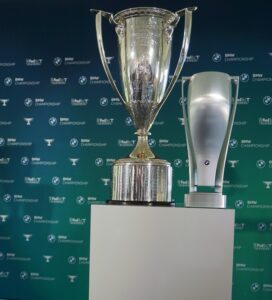 BMW has driven back into the picture with the PGA Tour and the Western Golf Association (WGA), for years beyond the 2022 championship.

The current sponsorship deal expired after the 2022 championship, that will be played in Wilmington Delaware.

So this new extension that runs through the 2027 championship. It will tee off in 2023 back on the Olympia Fields Country Club’s North Course. Dates are TBD.

This gives the PGA Tour and the WGA, a solid sponsorship agreement moving forward for the next six years.

“We would like to express our sincere thanks to BMW. For their continued support of the PGA Tour and the Western Golf Association through 2027,” said PGA Tour Commissioner Jay Monahan. “The BMW Championship played an incredibly impactful role in launching the FedExCup in 2007. BMW’s commitment to presenting a best-in-class event each year continues to elevate the FedExCupPlayoffs. We are also very appreciative of BMW’s dedication to fulfilling the mission of the Evans Scholars Foundation. It has impacted thousands of lives over the last 15 years.”

The BMW Championship has named the PGA Tour’s Tournament of the Year four times (2008, 2012, 2013 and 2014). It will continue to be the middle event of the three FedExCup playoff series, with a field of 70 players, that determines the the final 30 players that move on to the Tour Championship.

“For the past 15 years, we have worked with our partners at the PGA Tour and the Western Golf Association to host the top 70 players in the world. At what now has become one of the best and most exciting, events on the golf calendar,” said Sebastian Mackensen, president and CEO, BMW North America. “The BMW Championship is not only a great way to showcase our brand and engage customers. But also an opportunity to raise money for the Evans Scholars Foundation. Plus help so many young students to follow their dreams.”

Over the last 15 years, BMW has helped raise over $40 million dollars on behalf of the ESF. Those proceeds have helped more than 3,000 students attend college. In 2021 a record amount of 1,070 caddies are attending major colleges and universities on Evans Scholarships.

“Since 2007, BMW has been our valued partner and steadfast supporter of both our championships and the Evans Scholars Foundation,” said John Kaczkowski, WGA President and CEO. “As title sponsor, BMW has fully embraced our mission, helping us transform the Evans Scholars Foundation into a truly national program. We’re excited and grateful for the opportunity to continue working together to change the lives of youth caddies nationwide.”

Dating back to 1899 when the current BMW Championship debuted on the PGA Tour as the Western Open. It continues today as the third oldest tournament on tour (only behind the two open championships).

The 2020 BMW Championship was held at Olympia Fields in front of almost nobody, due to strong Cvoid-19 restrictions. Jon Rahm’s 66 foot birdie putt beat Dustin Johnson on the first playoff hole.

“We are thrilled and honored to welcome the 2023 BMW Championship back to Olympia Fields Club and our North Course,” said William McErlean, President of Olympia Fields Country Club. “Our membership looks forward to sharing our facilities with the golf community, and the best players in the world.