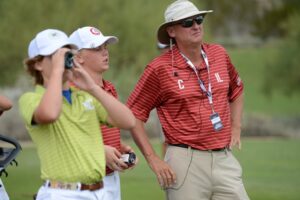 The Second round of the 2021 PGA Junior League Golf Championship on Saturday, October 9, 2021 at Grayhawk Golf Club in Scottsdale, Ariz. Photo Courtesy of Bill Ibrahim and the Southwest PGA Section.

TEAM ILLINOIS is playing at the PGA Jr. League Championship in Scottsdale Arizona.

But of the 12 teams competing, only the top 4 teams advanced to the match play finals. Because Team Illinois is in seventh place, they did not advance.

But the effort on Day 2 by Team Illinois was good. Coach Kevin Weeks from Cog Hill Golf & country Club, guided his team to a -39 score. But a score of -45 was needed to advance. Great showing by Team Illinois, and it appeared the kids had a great time competing in the championship at Grayhawk Golf Club.

THE GOG BLOG by RORY SPEARS Director of Content and Creation for Golfers on Golf. Follow Rory on Twitter @GogBlogGuy, or connect with him on LinkedIn.

PINE MEADOW GOLF CLUB in Mundelein has announced changes this past week to it’s aerification schedule. So if playing a course that has recently been aerated is a concern, call Pine Meadow at (847)-566-4653 (GOLF) before booking your tee time.

DENNIS JOHNSEN GM and Director of Golf at Pine Meadow has announced that after almost 20 years of club fitting at “The Pine” Tim Porter is retiring as of October 15th. A new fitter will be in place by October 16th. Everyone at Pine Meadow wishes Tim well as he moves on to the next chapter in life.

IILINI NEWS-first up it was a 4th Place finish at the Blessings Intercollegiate in Arkansas for the men’s golf team. Illinois caught the host Razorbacks early in the final round, only to fall back on the back nine. Coach Mike Small said his young team has a chance to show everyone on national television their new identity. But failed to take advantage of the opportunity. Sophomore Piercen Hunt led the Illini with rounds of 69-69-71 (-7). Next up for the Illini is the Islewworth Collegiate, in Windermere Florida October 16-19. But for more details see FightingIllini.com.

THE ATKINS GOLF CLUB the new home of the Illini men’s and women’s golf teams, starts to reopen. Because the Pro Shop, the driving range and the putting green will open for public use on October 22nd. New Director of Golf Jim Buyze is working with the Troon team, to fill the pro shop with new merchandise. The golf course is still in the middle of the grow-in process, and will open late next spring. Once the pro shop opens it will carry merchandise, with a variety of Illini logo’s. Range hours Monday-Tuesday-Wednesday, Friday and Sunday to Thursday, will be 10 Am to sunset. Thursday and Sunday 10 Am to 4 Pm. Bags of 50 range balls are $8.00, and the putting green is now over 8,500 square feet. But used for putting only. More information at FightingIllini.com 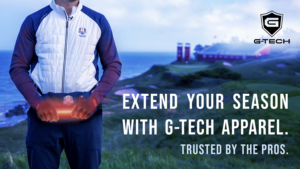 G-Tech Apparel is a high-tech apparel company that specializing in heated clothing.

The heated hand warmer’s have been so well received that G-Tech has just announced a partnership with Major League Baseball. All players and the umpires will be using G-Tech hand warmers.

Other leagues using G-Tech handwarmers are the NFL, CFL, NBA, NCAA, PGA Tour, and the US and European Ryder Cup teams. The US Military, FBI and Secret Service also use G-Tech handwarmers. But for more information visit Gtechapparel.com.

TROON GOLF INTERNATIONAL appoints Clinton Southorn as it’s new director of Construction and Agronomy, who started in the position this past week. Southorn replaces Robin Evans who stepped down after 20 years in the position..

BELVEDERE GOLF CLUB members Ross Hays, Jerry Esselman and Belvedere head pro Marty Joy, will join 13 other Team USA members in the Grail Cup at St. Andrews in Scotland October 24-29. The Grail Cup will be played on the Old Course. The matches are Ryder Cup style format, and both Team USA and Team Europe will have 16 players on it’s teams. The semiannual event was founded in the year 2000, and is played with Hickory style golf clubs. 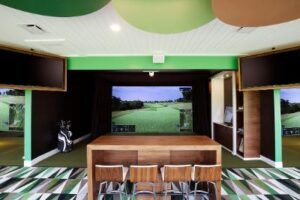 The four hitting bays open up to the 25-station driving range, that sits at the two short-game practice area’s and large putting green. Michael LaBella a Golf Digest Best Top-Young teacher award winner and his team. Director of Golf Kelly O’Donnell the golf academy is becoming one of the hot spots to gather around the Nemacolin Resort.

“We couldn’t be happier with the Academy’s renovations,” said Nemacolin President Maggie Hardy Knox. “Because having a five-star, indoor golf amenity that serves both serious golfers and fun-seekers elevates our member and guest experience. Nemacolin offers 36-holes of golf, and two of the top rated public courses in Pennsylvania Mystic Rock and Shepherd’s Rock. Both designed by the late Pete Dye. But you can learn more at Nemacolin.com/golf. 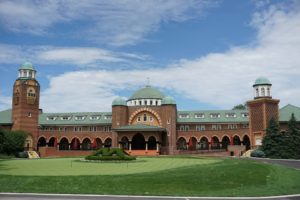 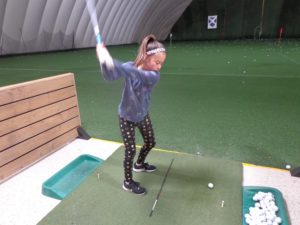 MEDINAH COUNTRY CLUB (L) and (R) Lisa Copeland of Naperville hits balls in the Mistwood Golf Dome winter of 2019. Copeland has advanced to the national finals at Augusta National in 2022, for a second time.

Medinah Country Club recent hosted a regional competition for advance four boys and girls to the national finals of Drive, Chip and Putt on April 3rd, 2022. The following boys and girls advanced from Medinah. 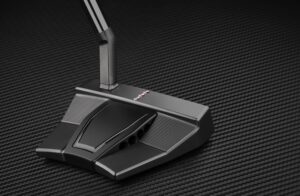 NEW from Scotty Cameron and Titleist.

But this release is a limited, small seasonal run. Because the Phantom is a new High MOI mallet shaped head, it shares some qualities with the Phantom X 5.5 and the Phantom X 11 models. But with the Black Matte finish.

The new Phantom is milled in the United States from a block of 303 stainless steel. But it comes in lengths of 33″, 34″ and 35″ inches. MAP is $750.00 more information at Scottycameron.com or Titleist.com.

More photo’s of the above stories on Rory Spears Facebook or on Twitter @GogBlogGuy. The Gog Blog Speaks out returns on Monday. RS