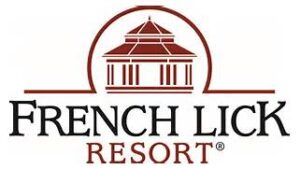 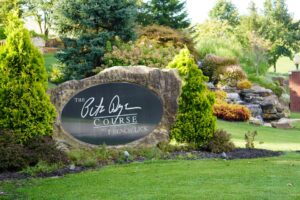 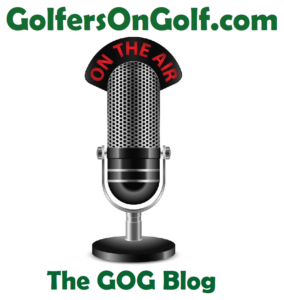 THE FINAL DAY of the Senior LPGA Championship at the French Lick Resort, with past champion Trish Johnson holding a 1 shot lead over three players.

Tied for 18th place is Mistwood Golf Club’s very own Nicole Jeray, who made the cut, that came at +9 by six shots.

Jeray is +3 after 36 holes, and will tee of with past champion of the championship, and winner of the first U.S. Senior Women’s Open at the Chicago Golf Club Laura Davies.

CLICK HERE to hear our Round 2 interview with Nicole Jeray of Mistwood Golf Club, as she competes at the French Lick Resort, in the Senior LPGA Championship.

THE PRE-SEASON NCAA Coaches poll has Illinois #10 in national rankings. ILLINOIS is the only team from the Big Ten that is ranked in the top 25. But Ohio State and Michigan State were in the Others Receiving votes list.

THE BRICKS ARE BACK at the new Waveland Facility for the First Tee of Greater Chicago. But for only $300 you can add your name to one of the bricks at the facility. See all the details at FirstTeeChicago.org.. Because you can still help build the program, Brick-by-Brick.

BERNIE FRIEDRICH the Senior VP of Golf at Boyne Resorts in Michigan, has been selected as the first winner of the Michigan PGA Section’s Executive of the Year award. See more at Boyne.com

LARRY BLATT of Chicago won the CDGA Mid-Amateur Championship at Bloomington Country Club. But Blatt had to survive a three-hole playoff with David Keenan of Champaign to take home the trophy. Blatt and Keenan advanced to the playoff by being the only players under par. 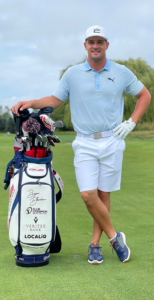 The 2020 U.S. Open Champion, and the 2017 John Deere Classic champion, who also has won the U.S. Amateur championship at Olympia Fields, and the NCAA National Championship, is back winning again in Illinois.

Bryson DeChambeau coming off a second round 12 under par score of 60, this past week at the BMW Championship has now joined Willowbrook based Club Champion.

“I’m excited to partner with Club Champion,” said DeChambeau. “I know Club Champion shares my desire to learn all the data, and pushing boundaries in finding all the best equipment.

“Adding Bryson to our team just makes total sense,” said Adam Levy, CEO of Club Champion. But you can learn more on this new partnership at ClubChampionGolf.com.

BOB VOKEY Wedges with Aaron Dill have created a limited edition 60A wedge, that has been inspired by Geoff Ogilvy. So learn more at Titleist.com or Vokey.com.

The Gog Blog Speaks Out-returns tomorrow. But you can photo’s of some of our above postings by Visiting Rory Spears on Facebook or on Twitter at GogBlogGuy.