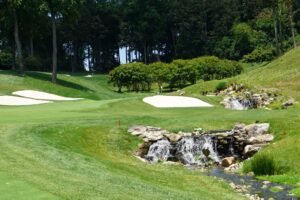 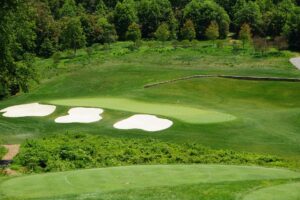 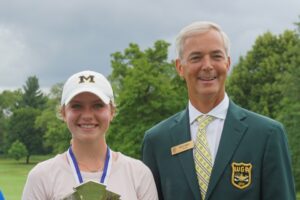 BUT WHO IS that guy, in the green jacket, you see him at every Western Golf Association (WGA) event.

But you can also find him at both of the Women’s Western Golf Associations (WWGA) Championships as well.

Because the WWGA Amateur was at Park Ridge Country Club, his home club, you knew that WGA Chairman Kevin Buggy would be there watching. 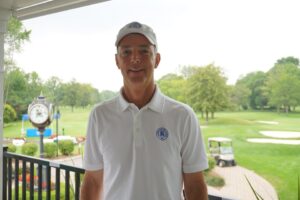 Buggy was at the WGA Boys junior championship, the Western Amateur at The Glen View Club. But this week duty takes him to Caves valley for the BMW Championship in Maryland.

This week during the BMW Championship, it’s one of the best ways for the Western Golf Association to promote the Evans Scholars Foundation. But it’s drive to put caddies in college, on scholarship, and giving some deserving kids a chance. A chance that without the Evans Scholarship, would not be able to attend college. Who said that carrying a golf bag doesn’t pay-off.

During his two-year term as Chairman, Buggy will help the WGA with it’s long term planning that will run into the year 2030. Part of that planning includes bringing the WWGA tournaments up to, and more on level with the Boys Junior and the Western Amateur. Buggy will help make the WGA a coast-to-coast operation, that will offer more caddies a ticket to a college degree.

Buggy has been a WGA Director since 2008, and holds a degree from Villanova University. He started his term in January of 2008, when he succeeded Frank Morley.

MORE details on the Western Golf Association (WGA) at WGAESF.org.