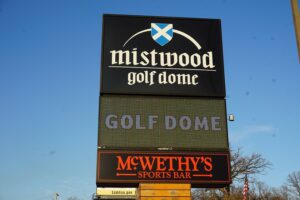 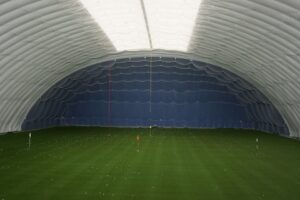 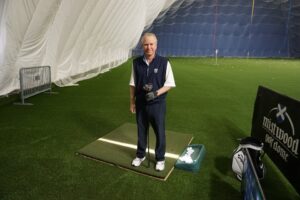 THE GOG BLOG by RORY SPEARS, Director of Content and Creation for Golfers on Golf. Follow Rory on Twitter @GogBlogGuy, or friend him on Facebook, connect on Linkedin. In the Mistwood Golf Dome in Bolingbrook.

IT’S a new year and one of the best ways to get your golf game rolling, could be to get new clubs.

Because doing it now in the “off season” of winter, can have your game ready for when the courses open in the spring. And your ready to take it back outside.

There are advantages to getting fit indoors in a golf dome, like the Mistwood Golf Dome located in Bolingbrook.

So while some golfers will think nothing of going for a fitting of a new driver or irons and wedges. But they think twice of getting fit. When it comes to getting fit for a new putter, or making changes to their current putter. 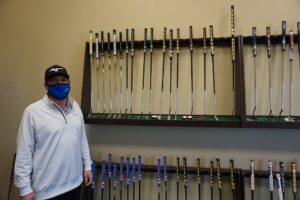 But Mistwood club fitter Chris Ioriatti doesn’t think that should be the case.

When asked Ioriatti will tell you that golfers can learn a lot from being custom fit for putters.

It’s no different than drivers Ioriatti says. And the days of just picking a putter and sticking it in you bag, because of it’s feel, looks, or because your favorite PGA Tour player uses that model are over. 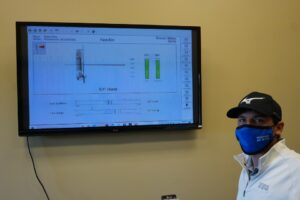 Ioriatti looks at the display monitor in the SAM Putt lab in the Mistwood Golf Center.

Ioriatti works with the SAM (Science and Motion) Putt Lab, to help determine what is wrong with a golfers current putting stroke, and what type of putter a golfer should be using.

A recent visitor to the Mistwood Sam Putt lab, had received three new putters in recent months. And could not figure out which one to use. 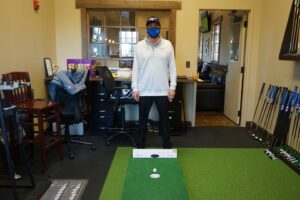 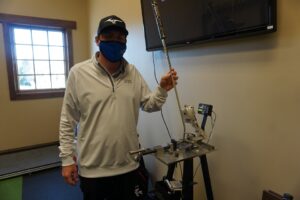 Mistwood Golf club fitter Chris Ioriatti watches a recent visitor roll putts in the SAM Putt Lab (L). And (R) makes an adjustment on site, saving the golfer time in waiting for a change to their current putter.

Ioriatti found that the golfer he was testing, would benefit from a larger grip on the putter. In addition the same golfer would be better-off having a heavier putter, and making their putting stroke straighter to the point of impact at contact.

If your not making your share of putts, or having too many three putts cost you birdies and pars. Contact the Mistwood Golf Dome in Bolingbrook located on Rt. 53 by calling (630)-739-7600 or book on line a fitting appointment with Chris Ioriatti or Eric Russell.