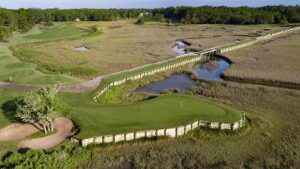 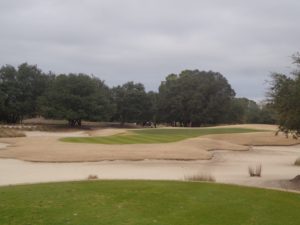 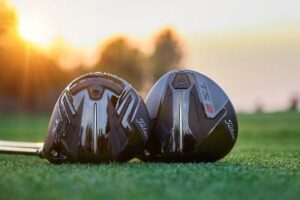 But with the new Titleist TSi Driver that produces the most speed a Titleist driver has ever had, you will feel like you killed your ball when you hit it.

Because the new ATI 425 Aerospace Titanium Face construction is new to the game, you will see drives like never before.

NOW AVAILABLE in golf shops and retail stores, and at fitting centers nationwide, the TSi Driver TSi2 and TSi3 models have become the most played river on the PGA for 2 straight years.

Because of the aerodynamic head, that propels the clubhead faster towards the golf ball, at impact the ATI 425 face launches the ball with more speed, and it adds a consistent spin for longer and straighter drives. 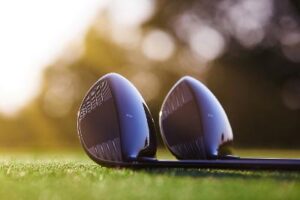 The face of the new TSi Titleist Drivers.

“TSi is simply better when it comes to all four fundamentals of driver design-distance, accuracy, looks and sound,” said Josh Talge, Vice President, Titleist Golf Club Marketing. “We continue to make every investment necessary to help players achieve the speed and distance gains they are asking for, without having to make any sacrifices when it comes to performance. ATI 425 is an incredible breakthrough for driver performance, but it’s just one piece of the puzzle. Every aspect of TSi has been optimized to benefit the total package, and it’s the integration of all of those parts that drives greater ball speed and an experience at impact that tour players can’t stop talking about.”

Titleist got these drivers in the hands of the tour players before the U.S. Open and 57 players put them in play on the PGA Tour and the European Tour. TSi was the most played driver played at Winged Foot during open week.

“TSi looks fast and sounds like a missile coming off the face,” said Justin Thomas. “When I first tested it I hit one driver off the toe and it carried some 20 yards further than I thought it would. That’s what we want is the bad shots to perform better. So in those weeks where I’m not hitting it consistently in the middle of the face, I feel like the TSi is going to have the opportunity for me to narrow my window and dispersion. The fact that it is faster without giving anything up- I can’t believe how much it’s improved when it’s already the best that it can get.”

“ATI 425 is an amazing alloy that leads to a lot of performance benefits,” said Dan Stone, Senior Vice President, Titleist Golf Club R&D. “it’s incredibility strong and maintains elongation under high stress. It lets us optimize the thickness of the entire face to a degree that was never before possible and it generates our highest ball speeds ever all over the face-not just the heel and toe but also high and low. This is not an easy material to obtain, but the benefits to the golfer are beyond anything we’ve ever seen.”

ATI 425 is made in Pittsburgh, it was originally developed for ballistic armor applications and has since been used in aerospace and commercial aircraft solutions, including jet engines and NASA Phoenix Mars Lander. Titleist is the only company using this material.

The TSI face and new graphic design, allows for an easy alignment at address. The new shaping of the clubhead makes the club faster in the air and delivers a more powerful blow at impact.

With the Performance-Tuned Adjustability, you can dial in the launch you are looking for. Especially when you use the TSi3 model with a SureFit CG track, that allows for five positions for clubhead adjustment.

TSi2: Pure Distance, for players looking for speed and accuracy across the entire clubface. TSi3 Dynamic Distance for players who have consistent contact and need more control over Center-Gravity (CG) placement.

PREMIUM SHAFTS: Include multiple new options with Mitsubishi or HZRDUS. Titleist does offer other options in custom shafts.

Some 20 players in the OWGR Top 100 Rankings use a TSi Driver, including 4 in the Top 20. Justin Thomas and Adam Scott Titleist Staff players, and 2 more without a playing agreement with Titleist.