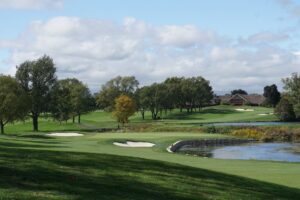 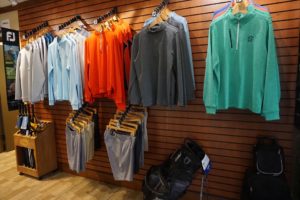 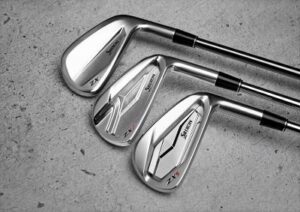 SRIXON has announced the upcoming release of their new ZX Irons.

“While the new ZX Irons are gorgeous to look down at, it’s the technology inside that’s even more exciting,” said Jeff Brunski, Vice President of research and Development. “Hotter faces designed using AI optimization delivers more speed. Because varying grooves throughout the iron set gives golfers consistent distance control, and forged construction helps them feel so incredible at impact.”

What Srixon calls MainFrame, is a one-of-a-kind new face design, so that increase’s ball speed on every shot. MainFrame is milled into the backside of the iron face, because it’s variable thickness pattern is a mixture of grooves, channels and cavities.

Srixon spent over 2 years learning and refining the process. So that ZX Irons would offer a greatly improved COR because of the maximized flex at impact.

Both sets or irons offer an updated Tour V.T. Sole that moves smoother through the turf. Because progressive grooves will deliver consistency, and the forged construction with a soft 120 steel body which absorbs vibrations for a softer feel.

ZX Utility Irons are smaller and more compact than previous generations, and they deliver a more blade-like address profile that will blend with any set. Because new technologies come together in a smaller profile, but with the forgiveness that is expected from a utility iron.