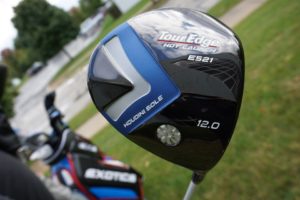 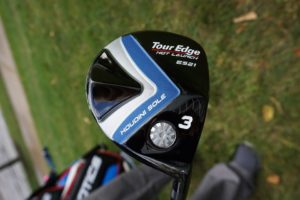 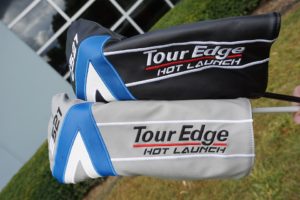 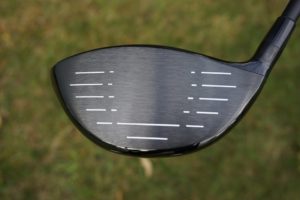 BATAVIA BASED TOUR EDGE GOLF has started it’s biggest launch of equipment in company history. You can get fitted for all of what’s new this month, and have new Tour Edge products in your bag on November 1st.

THIS IS PART 1 of a series of stories on west suburban Tour Edge. Tour Edge in the last couple of years, has made a dent on the PGA Champions Tour as more tour players that are paid or not paid, are simply putting Tour Edge in their bag.

What Tour Edge has launched this month is the biggest roll-out of equipment in the companies 34 year history. 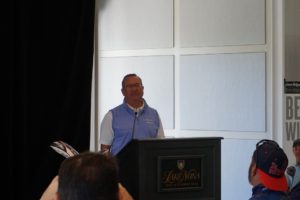 “We have designed the new Hot Launch 521 series to offer both sides of game improvement in one colossal launch,” said David Glod Tour Edge President and Master Club Designer.

As a part of it’s newest plan, Tour Edge has created the C and E series.

The E Series are Extreme Spec Game Improvement club designs that boast a super-low center of gravity (CG), super-shallow faces, offset designs and extremely light premium shafts designed to get the ball launching in the air with ease for slower to mid-tempo swing players.

THE C Series features premium state-of-the-art Competition Spec designs with a higher M.O.I. in classically shaped clubs that will provide the golfer with with medium+ swing speeds the ability to launch their golf ball easily and with more forgiveness and power across the face.

Both the E and C Series have newly created technologies that will produce different playing characteristics to a specific targeting of two distinct players looking for game improvements through their bag.

“What we’ve found is that the Game Improvement market falls into two distinct categories,” said Glod. “One side for players who want extreme ease of use and and launch to the maximum degree and those who want the benefits of game improvement clubs, but with classic head shapes.”

The E521 series was designed for an easy launch to the golf ball even with some looking club shapes. “Hot Launch E521 were designed to be the easiest clubs to hit on the market,” said Glod.

The C521 series is about clubs with minimal offset, but made for higher swing speeds, and higher ball speed with increased forgiveness. The club specs will suit the eye at address, and add classic sound and feel though impact.

“These high-tech performance clubs in a classic design, but with all the forgiveness and power attributes you need to start shooting lower scores,” says Glod.

Are you ready for the new Tour Edge Drivers. Go get custom fit and get delivery in 48 hours. There are now 850 custom fitting centers across the country.

Tour Edge clubs are built here in the USA and come with a lifetime warranty on any manufacturer defects to the product.