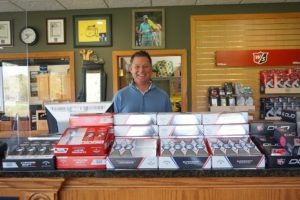 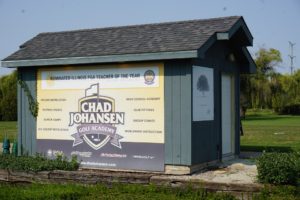 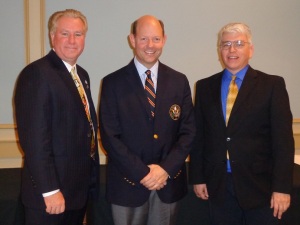 THE GOG BLOG by RORY SPEARS-Director of Content and Creation for Golfers on Golf. Follow Rory on Twitter @GogBlogGuy and on Facebook or Linkedin. With USGA CEO & Executive Director Mike Davis (M) and Tim Cronin of the Illinois Golfer.

Davis who started with the USGA in 1990, and worked his first U.S. Open at Medinah later that year, has announced that 2021, will be his final year in Liberty Corner New Jersey.

In 2011 Davis became the USGA’s seventh executive director and in 2016 the USGA’s first CEO.

“Leading the USGA has been such an honor, and I’m grateful for the many wonderful years I have had with this great organization,” said Davis. “While I am excited for my next chapter, my work here is not done, and I look forward to furthering our mission to better the game over the next 15 months.”

Davis will spend those 15 months helping the USGA through the Covid-19 times, the USGA operational move to and creation of Golf House-Pinehurst. Davis will assist the organization in the selection of the new CEO. 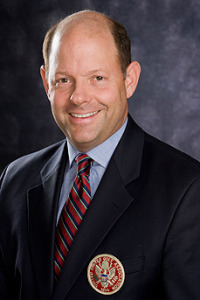 “Mike has been a transformational leader in golf and his actions to move the USGA forward have been numerous and decisive,” said USGA President Stu Francis. “These accomplishments include leading global rules modernization, the new world handicapping system, the ongoing Distance Insights project and the creation of the new USGA Foundation. In addition, Mike’s vision helped create four USGA championships, while ensuring a renowned line up of golf courses for all of the USGA’s championships. He is has been a strong advocate for the selection of public golf courses as U.S. Open sites.”

“During his tenure as CEO, Mike has assembled a strong, experienced leadership team, and worked collaboratively with our board to modernize and streamline the internal governance structures for the USGA, which created the space for the management team to lead the way and the Executive Committee to function primarily as a strategic board.”

The USGA Executive Committee will soon begin a search for the next CEO, with a candidate in place prior to the the 2021 U.S. Open in June.

Davis said he has had a longtime interest in golf course architecture, and decided this was the time to explore a career move to work more in course design and renovation.